How to Take Your Event On-Air and Online - Event Marketer 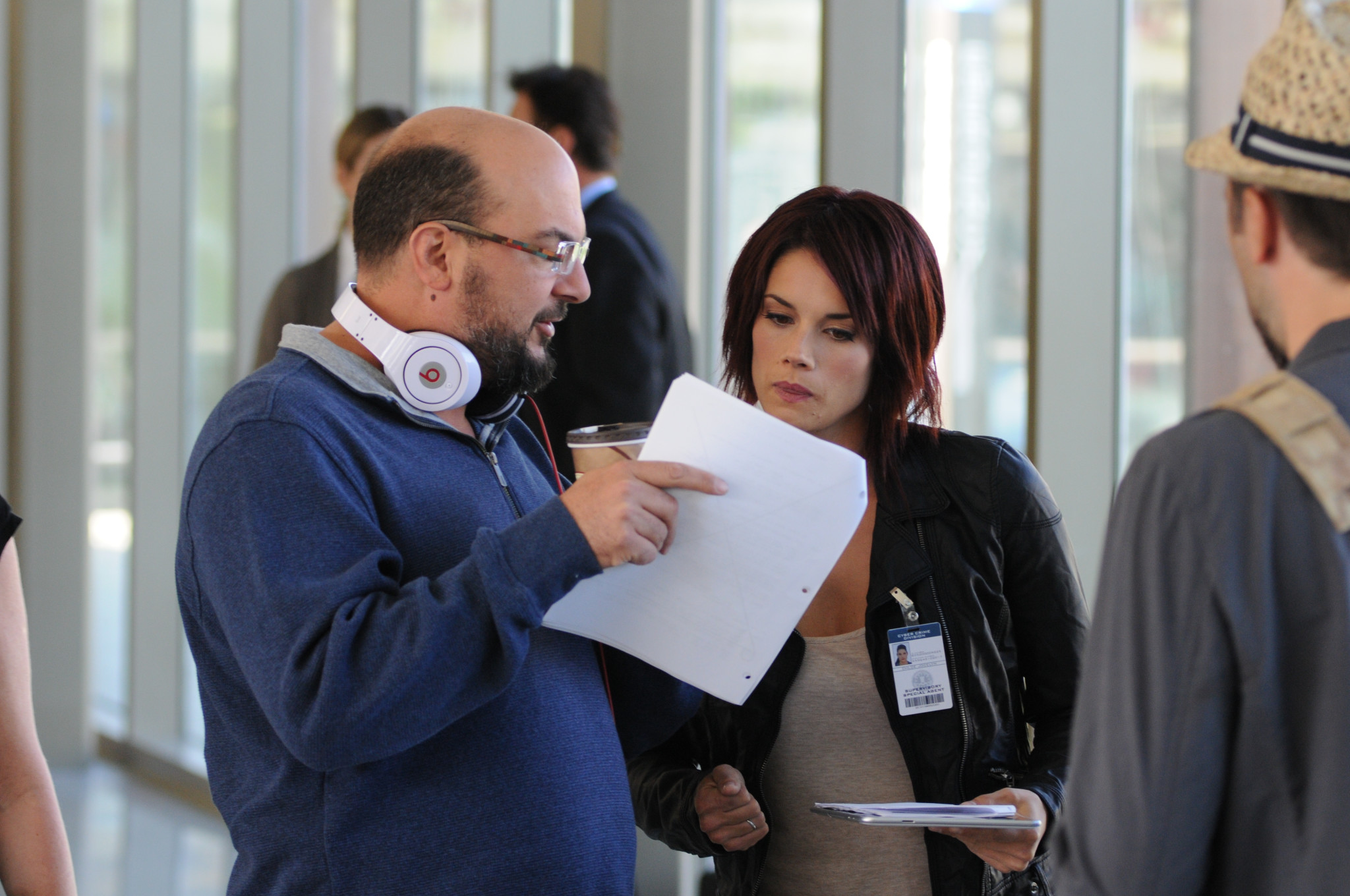 How to Take Your Event On-Air and Online

Events can be the stuff of great stories, and rather than closing the book when it’s time to pack up and move on, some marketers are taking the next chapter online, on movie and TV screens and even onto JumboTrons where footage captured on-site continues to engage audiences. Following are four examples of events, from cooking to cybercrime, cranberries to cars, that live on the airwaves and video screens long after the lights have gone out on the physical event and the last attendee has gone home.

Macy’s last May launched a 15-city road trip that had chefs from its Culinary Council performing cooking demos and food tastings, along with local culinary talent at each stop. The events took place at Macy’s stores, culinary schools and other venues. But as the chefs were chopping and tossing ingredients, the cameras were rolling, capturing footage for a 26-episode series for public TV. The series, hosted by celebrity chef and author Devin Alexander, hasn’t aired yet, but a different city will be highlighted in each episode, along with an insider perspective as the chefs selected ingredients from local farmer’s markets or directly from suppliers at stops along the tour. Viewers will watch as the chefs lead the cooking demos and teach the audience how to pick, prepare and serve each dish.

Norton by Symantec, fresh off last year’s launch events to promote its Cybercrime Index, a free tool that measures and warns people around the world about Internet fraud, identity theft and other online criminal activity, in February partnered with TV producer Anthony E. Zuiker on “Cybergeddon,” a digital motion picture about that very topic. Zuiker, who created the TV series “CSI” and is known for the realistic details in his dramas, engaged Norton experts to inspire, guide and inform some of the technical aspects of cybercrime, including its investigation and prosecution, and to provide real-world insights into how people can protect themselves from digital threats.

The movie, which in September debuted globally on Yahoo! as a series of installments, brings an ethereal concept from the online realm into the physical world where consumers can better understand it, just as Norton’s launch events for the Cybercrime Index did. “The movie is another example of that,” says Ronda Shantz, vp-global brands at Norton. “We’re continuing to take that trajectory of trying to take something that is hard for people to understand and look for ways to bring it to them as drama and real-life entertainment, but there is a core of absolute reality in the sense of loss and how identity and privacy can be invaded.”

The “Cybergeddon” launch engaged Yahoo!’s worldwide audience of 700 unique visitors in more than 25 countries. Besides the Yahoo! launch, Norton held Cybergeddon premiere parties across the Americas, Asia Pacific and Europe. In Los Angeles, Zuiker, cast members, celebrities and media viewed a full-length screening of the film, then attended an after-party and toured the “Cybergeddon”-branded Norton truck, which was parked underneath searchlights in front of the venue, for a hands-on experience with the “Cybergeddon” mobile game.

Ocean Spray claims that its tiny cranberries hold a plethora of secrets worth sharing, and this year it brought those secrets to life on video captured in a life-sized bog it created at New York City’s Rockefeller Center. Ocean Spray, which is an agricultural cooperative owned by more than 700 cranberry growers, has built the bog in the Big Apple and other locations for the past eight years. Last year it produced from the bog a live interactive interview and cocktail demonstrations with celebrity chef Ming Tsai. This year, cocktail masters from the Martini Club International, a registered dietician and nutrition expert and Ocean Spray grower-owners all donned hip waders and stepped amid the floating fruits as the tape rolled. Segments aired on the “Ustream” TV tab on Ocean Spray’s Facebook page.

“We even went out to Times Square and talked to people about what they think about the cranberry and its health benefits to get footage,” says Sharon Newcomb, senior brand communications specialist at Ocean Spray. “We were able to bring their ideas and questions to life in our show. The Ustream component was a way to share the ‘full-on’ bog experience to those who couldn’t attend.”
Ford, which for 18 years has supported the fight against breast cancer, this year created a documentary to add interest and realism to its Warriors in Pink program. The 13-minute film, called “Bang the Drum: Living Out Loud in the Face of Breast Cancer,” grew out of a nationwide casting call to find survivors, instead of professional models, to promote its Warriors in Pink apparel collection, which it sells online and at events such as the Susan G. Komen Race for the Cure to raise funds. When Ford started filming the 11 survivors, called Models of Courage, earlier this year at an internal photo shoot, it found their stories and background so encouraging and inspirational it wanted to give them a platform to reach a larger audience.

Ford helped them spread their message of early detection at general market events in their local areas, once again with the cameras rolling. “As we captured that footage, it shaped into a story about what Ford has done and its commitment to the cause and what these people have done with their lives to inspire and motivate others,” says Tracy Magee, primary brand experience marketing manager at Ford. “The documentary gave us a chance, longer than a 30-second sound byte, to tell those stories.”

The first activation took place at Houston’s Art Car parade which featured a colorful wrapped Ford Transit Connect and a booth on-site where it sold Warriors in Pink apparel, offered Warriors in Pink spray tattoos and collected messages of courage on Warriors in Pink note cards. A mother-daughter Models of Courage duo handed out bandannas and interacted with the crowd. Similar activations took place at Kansas City’s Great American Balloon Festival and Austin’s Pink in the Park, a minor-league baseball game where one of the Models of Courage, Natalie, threw the first pitch. A 90-second vignette of her breast cancer journey played on the stadium’s JumboTron. And in an interesting twist, she was filmed watching her story on the giant screen before a crowd of 7,000. That footage was incorporated into the documentary, which is showcased on fordcares.com, and other sites as part of a viral and social media push.

Ford also has shown the documentary at a boot camp for female bloggers in Las Vegas and to editors at Meredith Publications in Des Moines, IA. It runs a loop of the trailer for the documentary at Susan G. Komen race events and distributes recipe-sized cards that push people to the full documentary online.

Ford has set the bar high this year with the documentary and is still working on 2013 plans. “Models of Courage has become such an integrated part of the program, it will continue into next year. It will live on for a while to drive viewership and to help encourage and inspire others,” Magee says. EM