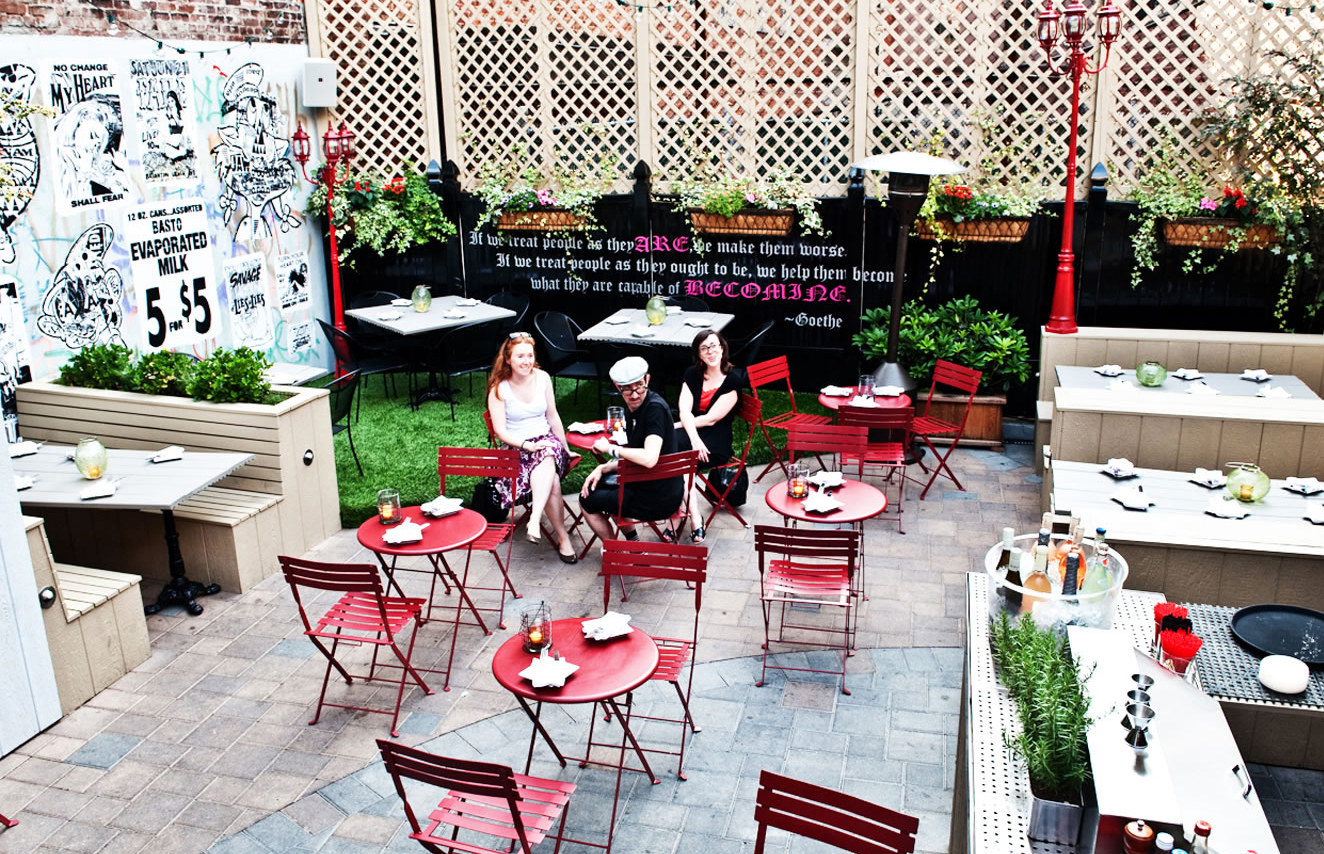 In the U.S., New York City sees more experiential action than any other market, and globally it’s one of the top choices for
making a splash. Times Square alone hosts so many events that scheduling one can be a real challenge. Luckily, the city that never sleeps also never stops reinventing itself as up-and-coming neighborhoods and underutilized blocks become home to event spaces ripe for discovery. EM hit the streets to scout out some cool, under-leveraged venues in Manhattan and Brooklyn. Here’s a taste of the options event marketers have when something new is the order of the day.

BROOKLYN
Skylight One Hanson
One Hanson Place, Brooklyn, NY 11243
718.230.0400
skylightnyc.com/onehanson/onehanson.html
R Feeling nostalgic for the classic New York of F. Scott Fitzgerald and gin-fueled Charleston dance marathons? Well, One Hanson might be the answer. Its vaulted, 63-foot cathedral ceilings make the Fort Greene space feel as enormous as Clara Bow’s Sunday morning hangover. Art Deco from top to bottom, Hanson is inside the former Williamsburgh Savings Bank Clocktower and is, quite literally, plastered with iconography, mosaic murals, carved teller stations and 22 kinds of marble. The main space is 15,000 square-feet, has 40-foot windows and can accommodate up to 1,000 people at once. And that’s only one of the available spaces. Sheesh. Our favorite is the Vault. Yes, the original bank vault. It’s small, but the feeling like you’re in a forbidden location makes it worth it. Like a speakeasy.

MANHATTAN
Mulberry Project
149 Mulberry Street
646.448.4536
mulberryproject.com
R The Mulberry Project inside looks a little like a subterranean diner in “Blade Runner.” Industrial, exposed metal, quilted leather booths, a mirrored wall, you get the idea. But outside, in the garden, it’s a whole ‘nother story—lush, verdant and sweet, it’s a contrast to the darker vibe inside. The idyllic space in the back seats about 50 people and, if you host an event here, will be a real highlight. And that’s what we love about Mulberry: the harmonies that they draw out of the dichotomy between the rough edges and the soft touch.

Haven at the Sanctuary
132 West 47th Street
212.466.9000
havenrooftop.com
R Haven just opened up on the roof of the Sanctuary Hotel, so if you want a space for a very intimate event (think less than 50 people) that is quite literally right on top of Times Square, this might be the Haven for you. It’s about 2,500 square feet and nine stories above West 47th with a bar area and some formal seating. It’s reached via private elevator to lend it some of that high-roller ambiance and there are some lovely lounge seating and cabana areas for cocktails under the stars.

Parlor
286 Spring Street
parlornewyork.com
R Parlor is unique in that it’s underground, sort of on purpose. You can’t even go there unless you are a member. Yup, Parlor is a members-only club (it even has the jacket on its website), and if your consumers love an exclusive experience they’d never get without you, Parlor might be the way to go. We like it because of its black and white website, and haute couture and hipster clientele. The photography on the dark walls is by the likes of Sante D’Orazio and Nobuyoshi Araki and though a bit NSFW, when added to the dark, heavy furniture puts us in mind of the kind of place Andy Warhol would have refused to hang out in. And that makes it cool enough for us.

The Varick Room
54 Varick Street
212.941.2001
tribecacinemas.com/varick-room
R Located right underneath the Tribeca Cinemas, and recently redesigned by event designer Bronson Van Wyck, The Varick Room is part film premier after-party, part speakeasy and part neighborhood bar. There’s a split-level reception area, leather couches, cast-iron décor and a huge projection screen to give your 200 guests a lovely taste of New York nightlife. And if you want to provide some dinner with the show, the Varick partners with Mary Giuliani Catering to provide the tasty treats.  To rent the space will cost you  $4,500, but remember that everything else is  la carte, so every event is a custom quote. Plus, it’s home to the Tribeca Film Festival, so you might run into Robert DeNiro. Yeah, we’re talkin’ to you.

Want us to scout your city’s freshest venues? Drop a line to EM’s community editor Kenneth Briodagh at kbriodagh@red7media.com.