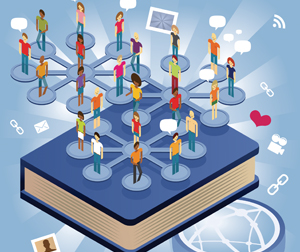 Like everything else (or so it seems) in event marketing, brand ambassadors are going digital. Now, it’s no longer enough that these brand reps be outgoing, articulate, approachable, nice-looking and match a target demo. Today’s brand ambassadors are all that, plus they are tapped into a network of online friends and fans that they are willing to share with brands as they blog, tweet, post YouTube videos and update their social pages about products and marketing campaigns. The bigger their community, the better, as events evolve from the real world into the digital one.

Sometimes these new-era evangelists are paid for their efforts. Others are remunerated with samples, gifts, discounts or token cash payments. For many, being considered an insider or authority figure among their peers for a product they know and love is payment enough. Savvy brand marketers either know who they are or track them down and get them involved in their campaigns to boost online traffic, post blog entries, email responses and hopefully get people to come out for their events.

Dell, for example, employs 170 tech-savvy on-campus “digital” RAs to communicate with fans for about an hour daily on its Facebook pages and Twitter. They talk about local happenings, parties and events as well as Dell-oriented content, new offers, discounts and events such as the SuperProm contest it activated earlier this year (Agency: Mosaic XM, Chicago).

Yahoo! likewise employed 20 brand ambassadors at its Olympics activation in Vancouver, all chosen for their personality, brand fit and social media influence by handling agency E2 Marketing, New York City. The lead brand ambassador had an active Facebook account on which he pushed out news of celebrity guests and other happenings of the day. Other brand ambassadors, who spent most of their time engaging with attendees, also received five-minute social media breaks to update their Facebook pages and tweet daily updates.

An effort for Benjamin Moore Paint, which launched in April, incorporates eight design and paint industry experts, including celebrity designer Jamie Blake, in print ads and as digital Facebook ambassadors. Fans can view video conversations with the designers and participate in occasional real-time live sessions in which they upload painting makeover projects for suggestions and critiques from the stars of the campaign and dozens of other designers and painting contractors. An events tab directs consumers to local retailer programs and in-store activities.

Participating experts get a forum for showing off their work and a promotional perk for their businesses.

Mountain Dew’s DEWmocracy 2 campaign, a seven-stage, 12-month effort that launched last year and continued in 2010, rallied more than 4,000 of the brand’s most loyal fans, known as “DEW Labs” members, to co-create three new Mountain Dew beverages. DEW Labs members narrowed down the flavors to three finalists represented by three teams that crisscrossed the country this spring to spread the word about their individual flavor and get friends, family and fellow DEW lovers to post photos and video content online and go online to vote for them.

“DEWmocracy is all about engaging the most loyal Mountain Dew fans in a year-long partnership to develop and choose the next new DEW,” says Brett O’Brien, marketing director at Mountain Dew. “The brand team and DEW consumers have co-created on all aspects of product development from the flavor to package design to advertising creative, so the Flavor Tour is a natural extension of the collaborative spirit of DEWmocracy.”

Dew’s brand ambassadors, who were chosen for their logistical chops and creativity in leading the effort, but also for their social media skills, were key to the success of the program. “We were able to bring Dew’s extensive online community into the mix in a very engaging way,” says Matt Statman, founder of Denver-based handling agency Motive. “We had them come to our website and get involved in the campaign. The fans told us how to market the flavors on a grassroots level, where we should go with the campaign and then came out and participated in it.”

Samsung, on the other hand, this spring sought out digital influencers to promote its Guinness World Record attempt for the world’s largest game of dodge ball—and its new Reality handset. It sent marketing teams into neighborhoods to find 16- to 24-year-old male and female influencers to create a viral word-of-mouth chain to generate awareness of the event, the secret location of the game and trial of the phone (Pinnacle Marketing Group, Vancouver, WA, handled). The street teams snapped pictures with the handsets and loaded them in real time onto social networking sites that took off from there as those in the know spread the word. The result was a world record for the game and inexpensive publicity for the brand.

“We’ve done other live events and concerts before but never one like this where we used viral as the means of generating awareness about it,” says Paul Golden, cmo at Samsung Mobile. “We generated a lot of inexpensive publicity and word of mouth about this.”

Even fashionistas are going digital. When Miraclebody Jeans, a new denim brand made with shapewear technology that makes women “look 10 pounds lighter in 10 seconds,” wanted to spread the word about its Women Who Shape our Lives contest, it enlisted social networking and the powerful and influential voices of mommy bloggers to try on the jeans, invite others to wear them and to enter the contest, which awards a denim wardrobe and a photo shoot for an ad that will run in the August issue of People StyleWatch magazine, as well as other prizes (Matchbook Company, New York City, handles).

“It is critically important to get the jeans on the women because of the fit,” says Jay Feignebaum, president of Miraclebody Jeans. “Until they put them on or hear about them from others, they don’t get the full effect.”
So, to get the word out, Miraclebody Jeans hosted a live blog event, kind of like a Tupperware party, but with jeans, snacks, video reviews and no sales pitch for 12 women in Los Angeles. The blog event linked into a separate virtual Girls Night Out Twitter party held every Tuesday night in which female bloggers from around the country participate in online activities as a virtual celebration of motherhood. More Twitter parties and events are in the works for the brand.

“We tapped into a really strong community of mommy bloggers who are very influential—they are the new marketers of today,” says Linda Kearns, vp-brand development and licensing at Matchbook. Kearns describes her network of digital ambassadors, who talk about the jeans and invite others to try them on, as educated, and many of them are in marketing. Most have 20,000 to 60,000 followers, but one has 360,000.

“It’s not just about getting celebrities to wear your product anymore,” Kearns says. “It’s about word of ‘mum’!”  EM