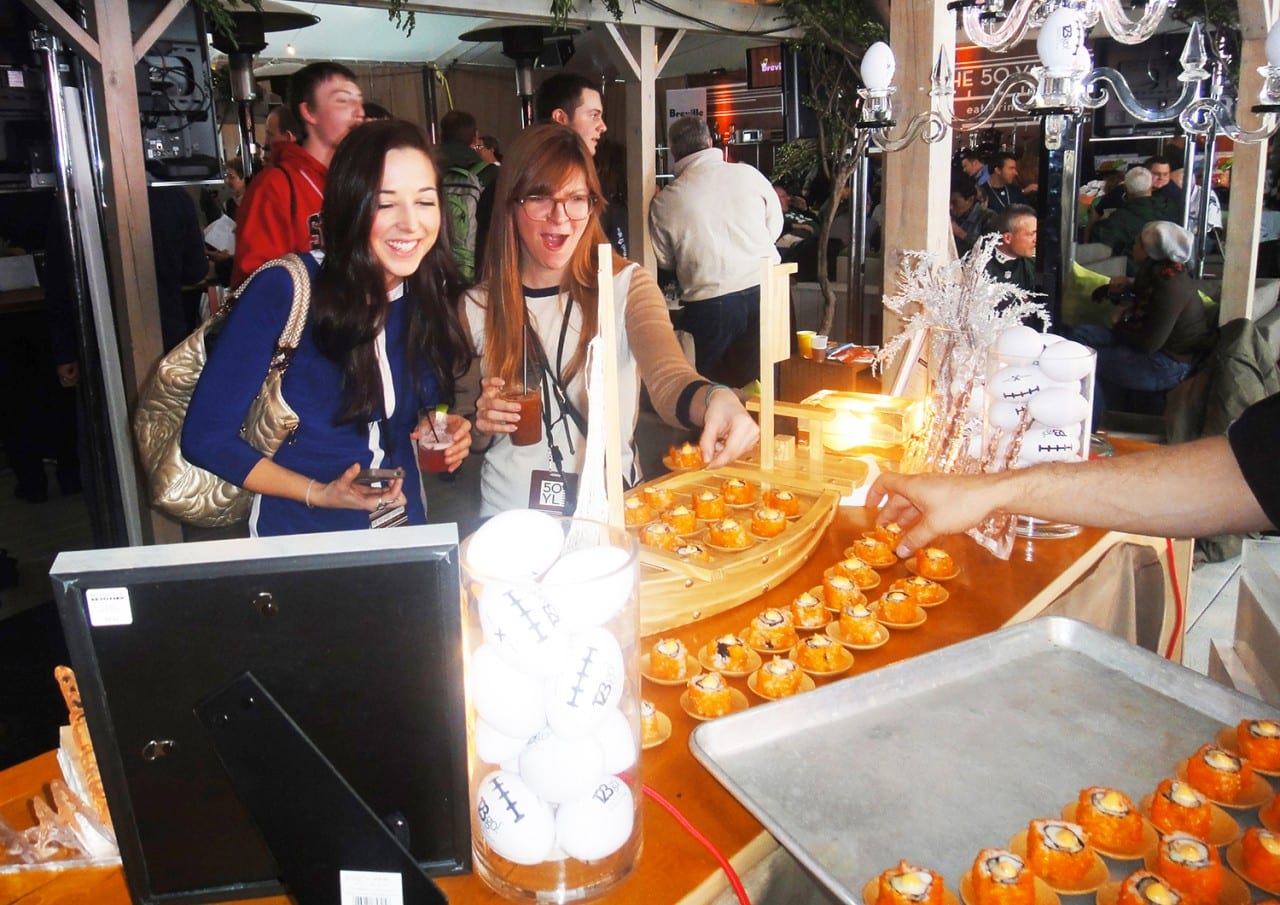 Often a vacation is just as much about what goes in our mouths as it is about what we see. For those who haven’t “cruised,” the thought of onboard dining might conjure up an all-you-can-eat buffet. In reality, the options aboard these massive vessels are quite extensive. Celebrity Cruises this year has leveraged a food strategy designed to distinguish its version of the high seas from its competitors. The brand joined a line-up of awarding winning chefs for an activation at “The 50 Yard Lounge” during Super Bowl Week in New York City (Allied Experiential, New York City, handled). The venue was a 15,000-square-foot space featuring a mix of brands activating among heated roof decks, a tented plaza and restaurants, and attracting A-list stars, fans and athletes.

“We brought in our executive chef, who runs our entire culinary business, to cook and really bring a taste of what we offer onboard to folks,” says Michael Daniels, regional marketing director at Celebrity Cruises. “A lot of people have a negative perception when it comes to food onboard a cruise ship; we think our culinary program is really second to none and in any of these events that we do, we look to really showcase that.”

Among the dishes Celebrity served, which are available onboard: Kobe beef hot dogs on poppy seed buns with togarashi (a Japanese-style pepper) kewpie mayonnaise and nori flakes; “Soup-er Bowls” filled with beer and cheddar cheese soup, smoked bacon and jalapeño pumpernickel croutons and served with Panini.

Access to Experts. Consumers met Celebrity’s Head of Food and Beverage Operations John Suley, a personable guy, according to Daniels, who served and chatted about the dishes prepared on-site with his team. Hawthorn Beverage Group founder Josh Durr and his team of skilled mixologists offered attendees Celebrity-exclusive artisanal cocktails, while Junior Merino, internationally known as The Liquid Chef, created some “smoldering” molecular cocktails.

Smart Media Partnership. Celebrity partnered with The Daily Meal, a large food website and official media sponsor of “The 50 Yard Lounge.” The publication featured photos and recipes of Celebrity cuisine, as well as behind-the-scenes videos of Chef Suley and his team in action as they prepared dishes for the multi-day event. Tasty content, for sure.