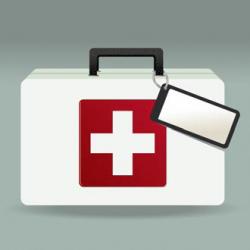 For all of its events, Microsoft has a security and health mitigation plan in place. Until last year, it had rarely ever needed to put it into practice. Then came a case of the swine flu just days before its Imagine Cup 2009 event, held July 3-8 in Cairo, Egypt. Students from all over the world participated in a yearlong software design competition for a shot at presenting their ideas at the event and then traveled to the foot of the pyramids for the finals. Before the competition kicked off, one student got sick and the company had to put its plan in motion in order to deal with a confirmed case of H1N1.

Six months prior to the event, senior event marketing manager Catherine Meljac did what she and her team always do— scope out the event’s destination and venue for security and health risks. Meljac and a security specialist (in this case a U.K.-based contractor with friends in embassies around the world) inspected key points of interest near the hotel in Egypt, such as the hospital and police department. During that time, the duo interviewed the ministry of health in Egypt, police officials, airport authorities as well as local vendors for jobs like airport transportation. (Local hires make sense because they speak the language and know the lay of the land, which is especially important in a foreign country.)

In the two months leading up to the event, worldwide panic about the H1N1 virus was on the rise. Realizing the potential risk this might have on its global event, Microsoft made certain that all it had learned on its initial site visit to Egypt was incorporated into a plan it communicated to the event’s stakeholders in that country, including the hotel and local authorities. “Microsoft’s position is to work in partnership with the local authorities to find out what their recommendations and their policies are and then adapt and make our business decisions based on their feedback,” says Meljac, who led a core team of seven people (a mix of corporate heads and p.r. who are prepped for emergencies), as well as local authorities.

The week of the event Microsoft set up a processing center at the airport, handled by its travel agency, to make sure it was immediately notified of any event-bound passenger-related issues. Because of H1N1, people entering Egypt had to have their temperatures tested for fever; if positive, they were taken to the hospital. That’s what happened with one of Microsoft’s student competitors. Once Microsoft was notified of the situation, it put its mitigation plan into action. First thing, it made sure the hospitalized student had the Microsoft representative from his country by his side and also had that person call the student’s family in South America to avoid any language barriers. Second, it purchased a local cell phone and plugged in Microsoft’s contacts to provide the student with a full-time support system until he was discharged to fly back home.

Back at the event, Microsoft handed out a letter to finalists, judges, sponsors, media and guests to inform them about the situation and assure them that the student had gone straight to the hospital. The letter underlined World Health Organization and US Centers for Disease Control recommendations, like washing hands regularly and visiting cdc.gov/h1n1flu.qa.htm for more information. For on-site assistance, Microsoft brought in three local doctors and set up a makeshift clinic (also mentioned in the letter) inside the hotel’s disco lounge. The hotel provided beds and the doctors brought in the necessary medical equipment. The doctors were on hand around the clock to discuss any health concerns attendees might have. Local authorities also checked in with the clinic to keep track of the situation.

“The big thing for us was to refer attendees to the doctors, because Microsoft people are not doctors,” Meljac explains, adding that one person from her team was at the clinic monitoring the situation at all times, too. The p.r. department was tasked with updating the press without breaking Microsoft’s privacy policies. It meant relating only the facts, like that there was one confirmed case, but no other personal information about the student was to be divulged. Despite the disruption, the show did go on successfully with an impressive awards ceremony held in the shadow of the pyramids. The only damper on the event was that the infected student missed a chance to compete and partake in the festivities and flew directly home from the hospital. But chin up kid; it’s a new year.

As for Meljac and her team, their number one piece of advice for dealing with unexpected health and security issues is to lay down the groundwork before the event. “Sometimes when you plan an event you’re busy doing other things and you say ‘I will react when it comes,’ but having a risk assessment and mitigation plan is very important,” she says. “It saves you a lot of work, because you already know where everything is and who to contact.” EM