How SXSW Crowdsources its Content with PanelPicker – Event Marketer 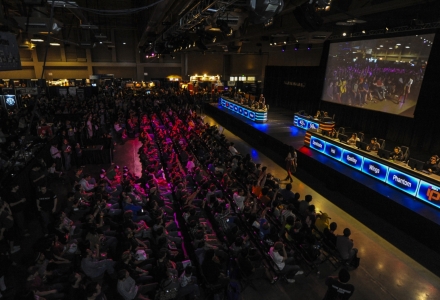 Five years ago South by Southwest waded into the crowdsourcing pool, allowing its attendee community to submit and vote on conference session topics and speaker proposals. PanelPicker, as it is called, started relatively small, but it now forms the backbone of SXSW’s content development structure and is managed year-round. We’ll explore various crowdsourcing models, what’s worked and what hasn’t worked, in the November issue of Event Marketer. Until then, a few insights from Shawn O’Keefe, SXSW Interactive producer, to get us started:

How it Came To Be: Folks around the SXSW offices were wearing hip t-shirts from Chicago-based Threadless, which posts graphic design submissions and allows the community to vote on which to produce on limited run. Inspiration struck.

“We were really inspired by what they were doing and came up with the idea that we needed a way to process all the email we were getting about different ideas people wanted to talk about at the conference,” O’Keefe says.

How it Evolved: SXSW calls PanelPicker a “modified” form of crowdsourcing, because there is a curated component to the selection process involving one-part public voting, one-part advisory board voting, and one-part staff voting.

“We learned after the first year that a curatorial element to this crowdsourced data was really important, that data still needs to be interpreted in different ways,” he says.

How Valuable it is: The now five years worth of session title and descriptions reveal the evolution of big trends in the industry—from when Twitter blew up to, more recently, the absence of “web”-based keywords and the rise of mobile.

“It’s basically this amazing guide for the industry of what everyone wants to talk about and we started looking at PanelPicker really as a valuable data set for what was emerging,” he says.