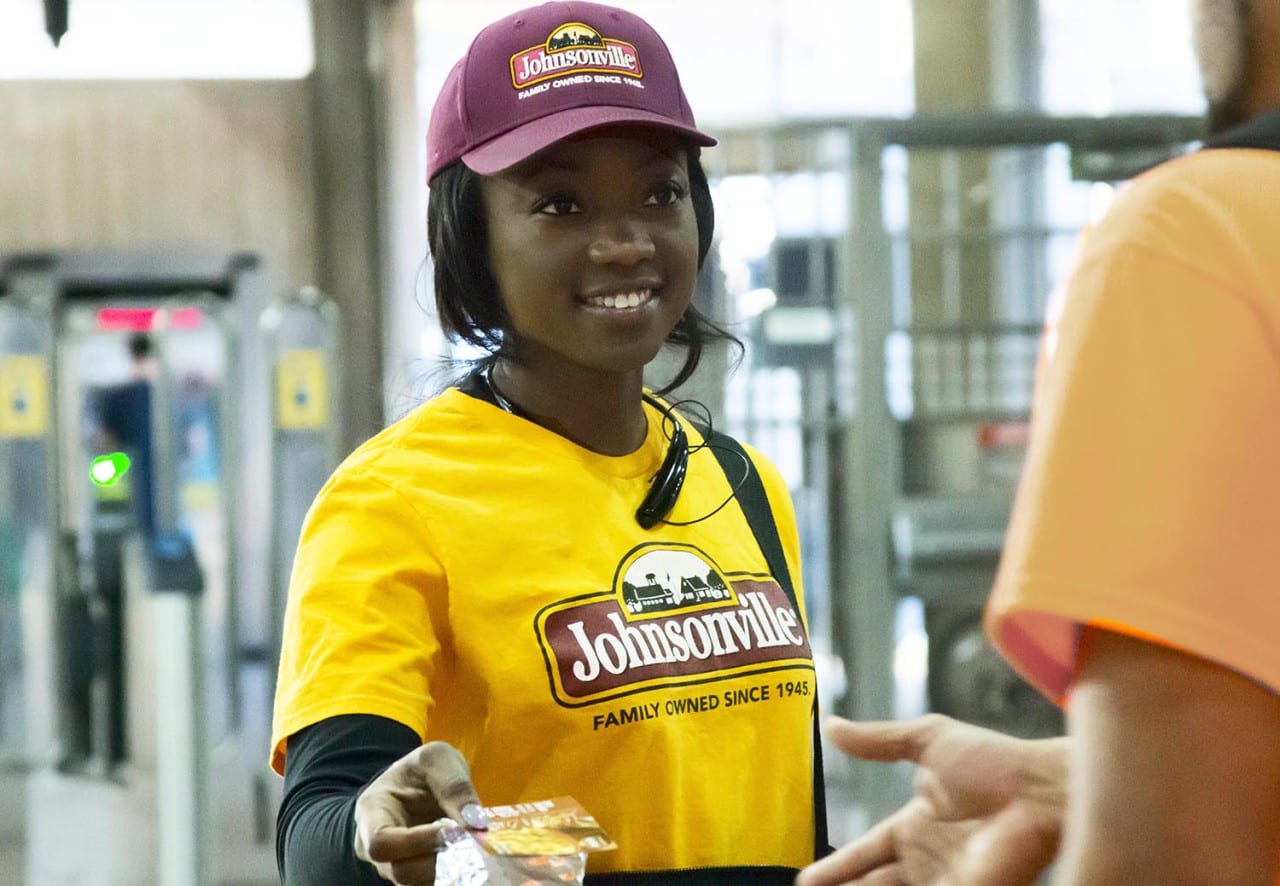 Earlier this year, commuters on Atlanta’s MARTA rail system got to try some Johnsonville sausage links on their way to and from work, and Johnsonville got to try out a guerrilla sampling campaign. The four-week pilot program, which was called Next Stop: Johnsonville and began mid-January, marked a departure from its traditional sampling vehicle, the Johnsonville Big Taste Grill. The Big Taste Grill is a 65-foot long grill that since 1995 has traveled on a semi-trailer truck to fairs, festivals and special events around the country and keeps 12 grill masters busy browning brats and sausage links. Big Taste Grill also benefits charities in the communities it visits.

“We wanted to explore alternate ways to create energy and buzz around the brand and hit people at a time when it is not expected, at a train station, during the commute rush hour. It is kind of off-the-wall and unexpected, and we think it sticks,” says Steve Bembenista, associate brand manager at Johnsonville.

The guerrilla sampling program, which took place three days each week, distributed Johnsonville Fully Cooked Breakfast Links on Monday mornings and Beddar with Cheddar Smoked Sausage Links in a bun on Tuesdays and Wednesdays during the afternoon. The program included in-station collateral, a full custom train wrap, on-board video and print, not to mention the smell of cooked sausage wafting through the train stations. Coupons were distributed to drive consumers to key Johnsonville retailers in the area, including Kroger, Publix, Walmart and Ingles.

The program achieved a 54 percent intercept rate among commuters. “I believe in doing this type of thing as another way to create buzz around the brand and connect with consumers on a personal level that goes beyond an FSI drop or something like that. It helped us exceed our goals while surprising and delighting our customers,” Bembenista says. Agency: Team Enterprises, Fort Lauderdale.