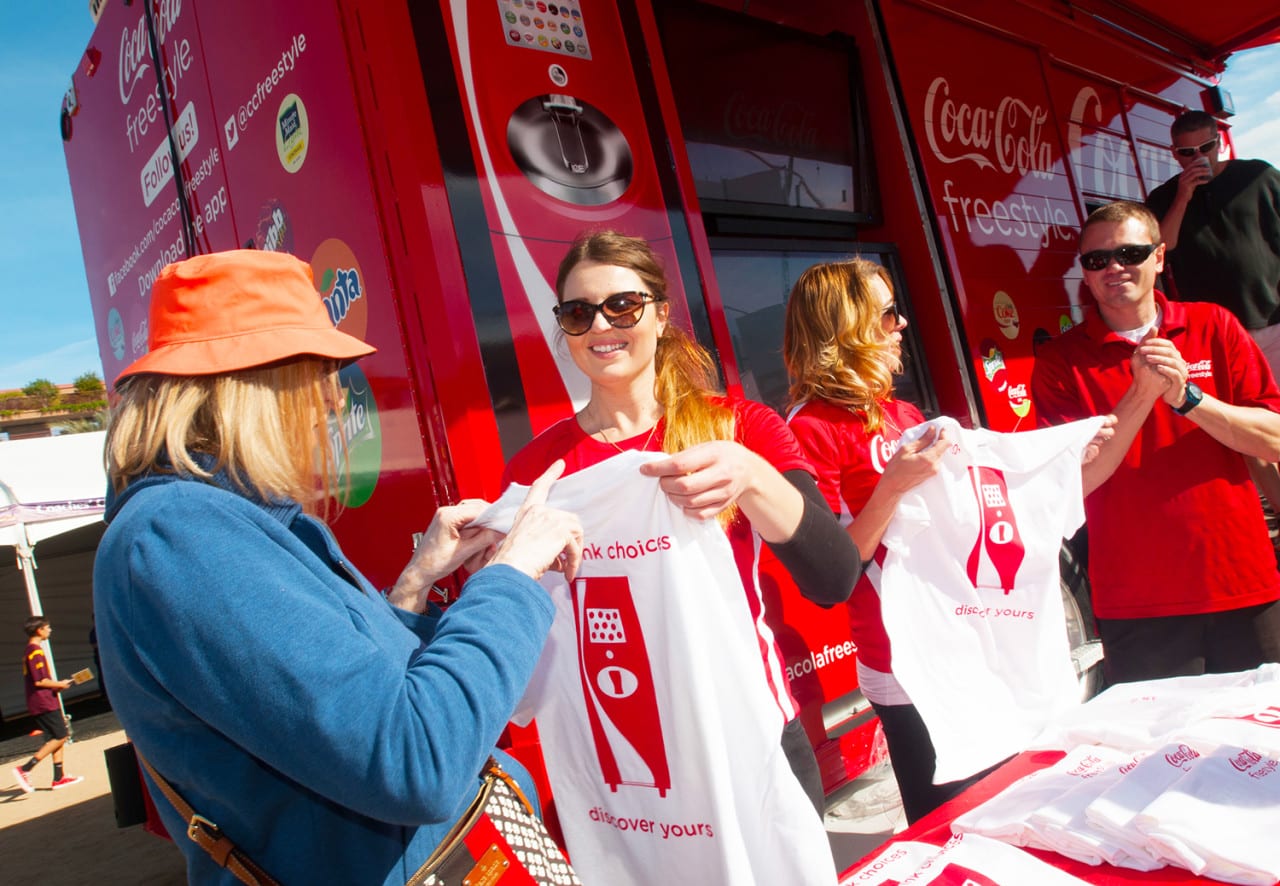 Dick’s Sporting Goods, Coca-Cola and presenting sponsor Cox Communications were among the brands activating at Fan Fest Scottsdale at Scottsdale Fashion Square, which took place Jan. 26 to Feb. 1. The Fan Fest tapped into the excitement generated by the Super Bowl XLIX, which took place on Feb. 1 at the University of Phoenix Stadium in nearby Glendale, and the Waste Management Phoenix Open, which took place at TPC Scottsdale, Jan. 29 to Feb. 1. ESPN did live broadcasts, including coach and player appearances, from the Fan Fest. Additional Fan Fest sponsors included Chobani, Chrysler, Dole, Maui Jim, Sparkling Ice and others.

Yelp activated The World’s Largest Snack Stadium, a 24-foot-long by 8 ½-foot high replica of the Super Bowl host field that was filled with more than 20,000 snack items. After Fan Fest, all items were donated to St. Vincent De Paul food bank.

Dick’s Sporting Goods offered an interactive experience for fans of its Jersey Report, a website that tracks jersey sales across its stores and ecommerce sites, providing the top 10 rankings of team jersey sales for the season, the current week or the past 30 days. The 20-foot by 20-foot footprint featured two interactive touchscreens where fans could access the report as well as a photo experience where fans could shoot a 10-second video wearing their favorite team’s jersey, which they could upload to Instagram for a chance to win two tickets to the Big Game.

“The Jersey Report was a perfect fit for Fan Fest,” says Philip Birkbeck, community marketing manager for Dick’s Sporting Goods. “It is a huge week of sports in Phoenix with Super Bowl and the PGA Tour, and we have a new store opening here in the fall.”

Coca-Cola offered three activities for fans, including family-friendly evening dance parties with live music hosted by a dj. Coke brand ambassadors and the Arizona Cardinals cheerleaders also made appearances and got the crowd moving. It brought its Freestyle truck, which houses a free beverage machine from which fans can mix and match more than 100 beverages, 70 of them no- or low-calorie, to create their own unique blend, and a photo booth experience.

Presenting sponsor Cox Communications demoed its products, including G1GABLAST, its one gig internet speed service that is being deployed in Phoenix, the first Cox market to offer gig speeds. To reinforce the importance of speed, it hosted Tillman, a record-breaking skateboarding dog, who attempted to set a Guinness Book world record at Fan Fest. “The Scottsdale Fan Fest is a great way for Cox to interact with our local customers and visitors during an exciting time in Phoenix,” says Janet West-Bagley, vp-Gigabit Marketing at Cox. Agency: Macerich, Santa Monica, CA.