Behind the Scenes with the ‘Live from AC’ Roadshow – Event Marketer 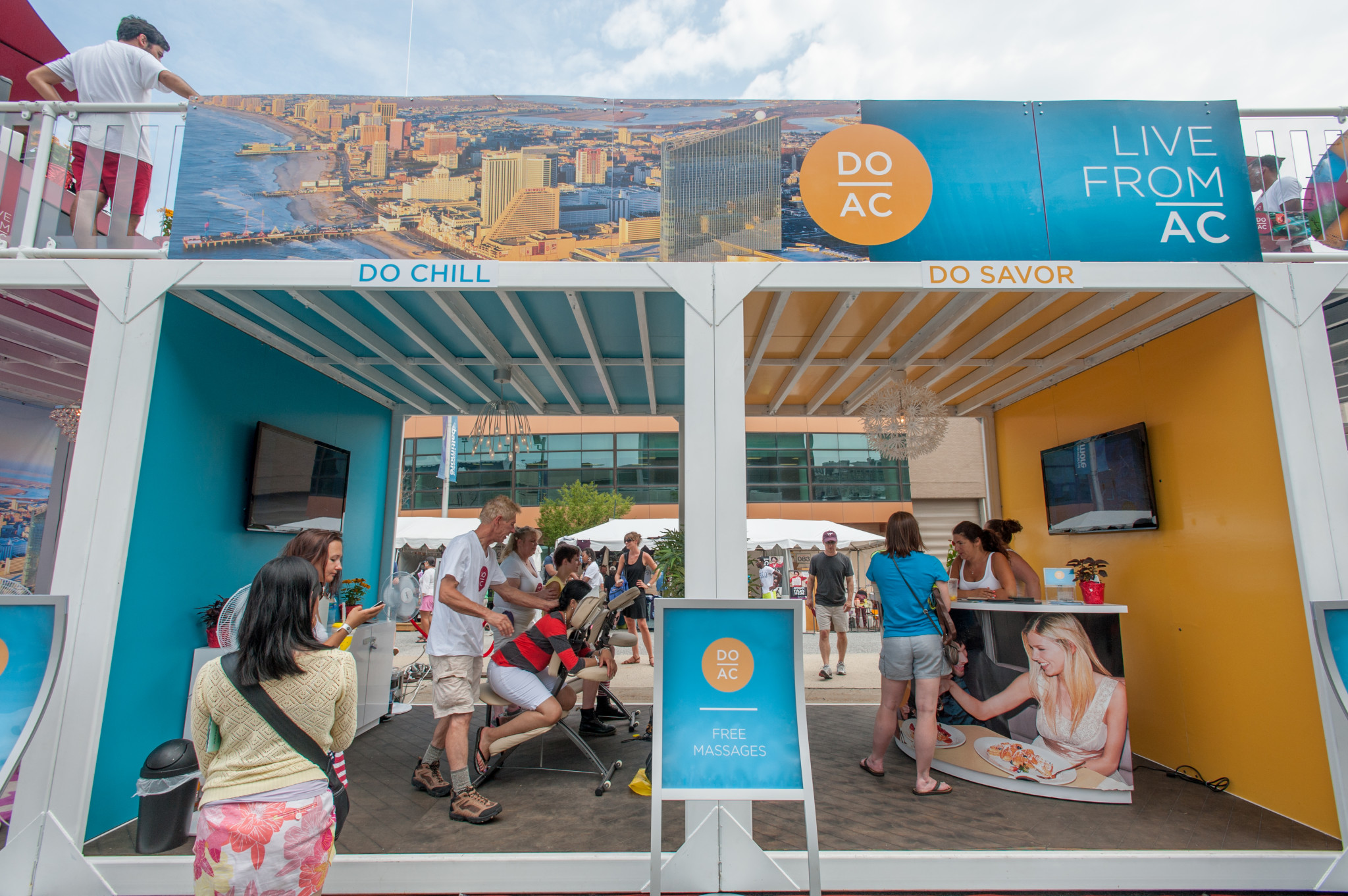 Behind the Scenes with the ‘Live from AC’ Roadshow

On a mission to prove that there is more to do in Atlantic City than spend the day at the craps tables, the “Live from AC” Roadshow brought the seaside resort to life through six interactive environments that showcase its hotels, nightlife and restaurants as well as its boardwalk casinos. The roadshow, which traveled this summer to fairs and festivals in Baltimore, Philadelphia and New York City, was part of an integrated campaign to raise awareness called “Do AC” that incorporated advertising, social media and p.r.

The two-story pop-up incorporated six interactive vignettes that reflected the essence of Atlantic City, each inspired by the “Do” in the Do AC campaign. Attendees received free mini massages at the Do Chill area. At the Do Views vignette, which highlighted the city’s bay and ocean view hotels, they could recharge cell phones. Do Savor touted the resort’s dining options. Do Chance, Do Memories and Do Thrills rounded out the experience. Other interactive experiences included a live dj, games and chances to win prizes, phone recharging stations and green screen photo ops.

But all this “Do” required a lot of doing on the part of fabricator, The Guild, and handling agency BMF Media Group, both based in New York City. The 750-square-foot structure was built over three weeks by a team of 15, including architects, designers, engineers, welders and carpenters and was staffed by 20 people. Here are a few other fun facts about the 10-foot by 40-foot steel, wood and aluminum structure:

• Half of the staffers hailed from Atlantic City, which lent authenticity to the experience

• Among the amenities: a full sound system, a live dj, TVs, furniture, wood, fabric and vinyl walls, a gaming table and bar.

• The only thing missing? The salt water taffy.