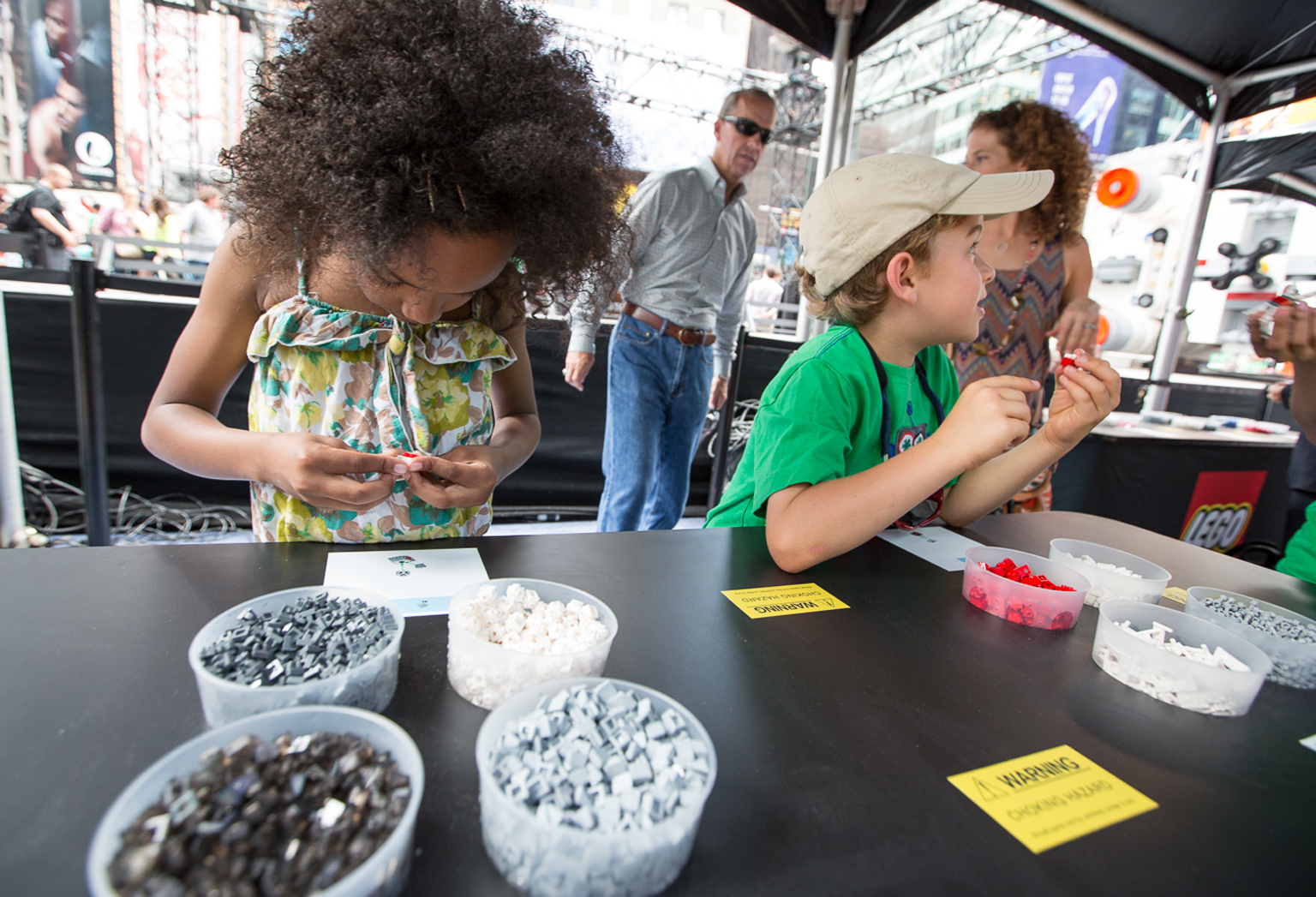 To support its new Cartoon Network program, “The Yoda Chronicles,” LEGO Systems master builders created the biggest LEGO model ever built and brought it to New York City’s Times Square. The model is a life-sized “Star Wars” X-Wing fighter that weighs about 46,000 pounds, is 11 feet tall and 43 feet long and has a wingspan of 44 feet.

The model was in Times Square from May 23 to 25 and anchored a LEGO experience that also included a build station where the 15,000 consumers per day who visited could build their own model X-Wing, engage in photo activations sitting inside the cockpit or with a Yoda made out of LEGOS, and meet with the master builders responsible for the model. The replica took 32 master builders, five million LEGO bricks and more than 17,000 hours to complete in the Czech Republic. Now that it’s left New York, it will travel cross-country and find a home in California’s LEGOLAND Resort until the end of the year.

“This was years in the making and at first we thought it was just going to be a cool thing, but a year into it we saw some slow down in sales and so it became about how we could leverage the model to partner with the new series,” Nicholas Hort, brand manager for LEGO Star Wars, told Buzz. “We obviously leveraged it for press, but we also wanted to re-engage fans in person so that consumers could experience what we do inside a live experience.” Agency: Jack Morton Worldwide, New York City.