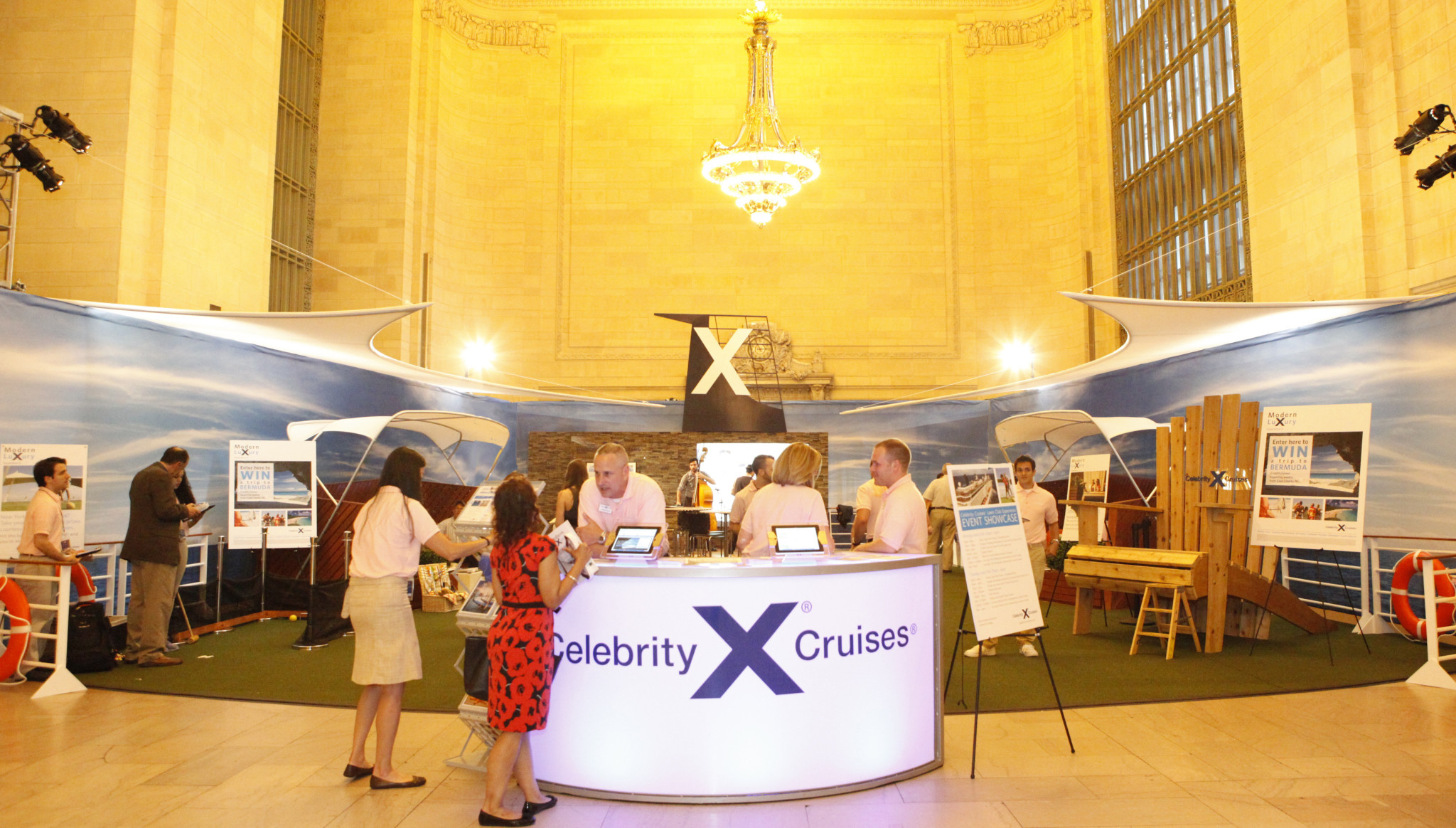 Celebrity Cruises for the first time steered its way into experiential marketing on June 10 and 11, giving consumers a taste of the luxury brand’s iconic, top-deck Lawn Club on its five Solstice-class ships in Grand Central Terminal’s Vanderbilt Hall. The event supported a two-day promotional sale as part of a larger national campaign to increase brand awareness in premium markets, like New York City.

The 12,000-square-foot activation featured turf grass (it’s real on the ship), a skyline and smoke stack. Each morning, Fresh 102.8 radio personality Christine Richie served as host. Throughout the day, consumers enjoyed cheese and wine, played croquet, listened to live Jazz music and took part in a photo op on an oversized Adirondack chair. The images were sent by email and could be shared with the hashtag #celebritychair. There were also two alcoves—like the ones available to reserve onboard the ships—to relax in and a Lawn Club Grill station, where an onboard grilling expert helped consumers explore signature seasonings recipes and prepare a meat rub to take home in a branded tin container.

In addition, consumers could explore what’s at the end of a cruise through scheduled presentations by tourist offices for some of the destinations the cruise line goes to. They could enter a sweepstakes to win a trip for two to Bermuda, or book a cruise with on-site Celebrity Cruises sales representatives. To drive traffic to the activation, street teams handed out 5,000 copies of the New York Post, which featured a three-page Celebrity Cruises spread. The brand reported a 47-percent increase in sales year-over-year, over the course of the two days.

“We’re doing a number of programs that historically our brand has really never done before and if you think about really attracting a large audience in a short period of time, what’s bigger than Grand Central Terminal?” Sheri Pasternak, director-sales, Northeast market, at Celebrity Cruises, who handled marketing efforts for this program, told Buzz. Agency: Grand Central Marketing, New York City.